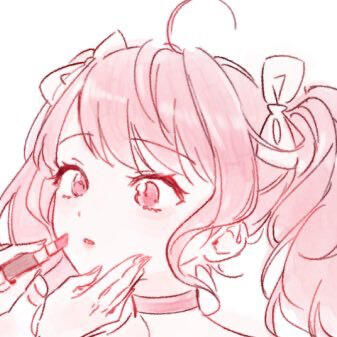 Click 👆🏻to find out what goes on in my head

Hey guy, I’m Steph, but I also go by snuffiee or little bit. Im a 32 year old cis female. I’m bisexual but prefer relationships with men.
I am currently in a polyamorous relationship living in a household with my cis straight boyfriend, his trans male husband, his husbands ex boyfriend, my boyfriends ex girlfriend and her current boyfriend. Between us all we own seven cats. Some things about me I love movies, gaming, music, and books. I consider myself an amateur writer and photographer as well.
I am recently divorced. I am a little/brat in the ddlg community and a sub in the bdsm community.

Below is a sample of the movies that I like. Please browse around

“The evening sun faded away as the new sun rose. They lived in eternal darkness.” Mari was reminded of her grandmother’s dying words as she stood at a darkened bus stop. It had been twenty years roughly since she had heard her those words. Childish fears crept in to her mind. She started to see shapes in the shadows. She knew however it was just her mind playing tricks on her. Mari glanced down at her phone. It was now 9:57 pm her bus was ten minutes late. She grew annoyed as her battery kept counting down from the 7% she had left. She turned it off with a sigh and stared down the street in the direction the bus would appear from. However something drew her attention. She looked straight ahead of her across the street. The shadows were there playing tricks on her once more, conjuring the childhood monsters that plagued her nightmares. Only this time they formed a person. Mari couldn’t tell if it was a man or a woman. The figure made the hair on the back of her neck rise. As she stared at it, it stared back at her in the same manner. As if it were afraid to move. Just as Mari felt at this moment. The calm night air turned wild as the wind began to rustle and blow though the trees. Mari’s heartbeat quickened with the sudden breeze. A faint whispering began in her ear. “One step.” First the right ear then the left. Whoever, whatever was whispering to her was circling her body. The tone was melodic. It was almost hypnotic in a way. Mari felt compelled to comply. The whispering persisted incessantly. Soon the words one step were repeating within Mari’s own mind. Her eyes were fallen half shut when Mari took her right foot off the curb to take the one step she now desperately needed to take. A loud horn snapped Mari out of her trance as her bus stopped directly in front of her. The air had calmed once more and the whispering ceased. She blinked a few times before quickly boarding the bus. Mari felt a safety being in the bright lights. She took a seat and the lights shut off once more. She looked to her left out the window. To where the figure was still standing. Only now she could see it was a man, Covered in swirling shadows. Mari could see a glimpse of bright red eyes glowing behind the swirling darkness as the bus sped off.“

The invasion started suddenly. Large, soft, amniotic sacs dropped from the sky. The governments quarantined off the area around the sacs. Each nations top scientific minds were brought in to research these mysterious sacs. However each nation was working independently. Our lack of unity was our downfall, that’s just what they were counting on. Less than a month after the sacs fell from the sky did movement begin inside them, Pushing and prodding. The first one erupted in London. The British were utterly unprepared for what was unleashed upon their city. It was the size of a large suv when it emerged. It was very insect like. Six legs could be seen as well as a pair of antennas. However, wires could be seen though it’s translucent skin. Something was flowing between the tubes and wires. A faint blue glow was visible. Within moments it grew to the size of a small single story building. It’s skin thickened and hardened. The military came out guns firing. It’s flesh had grown too thick to be pierced. It’s head was smaller than the rest of its body. It’s mouth opened wide as a large red
Beam cut though the military, incinerating them. After that it was killing everyone in sight. Similar reports surfaced from nearly every other nation with a sac. Saudi Arabia, China, Russia. Our sac landed in New York. Within a month every major city on earth were transformed in to ghost towns. The bugs slowly made their way from city to city destroying everything is it’s path. The survivors made their way underground in to disused war bunkers. Six months after the invasion began with all the nations scientists working together via 1930’s era communications systems, weapons were created. They were energy based. These new weapons were strong enough to blast through the hard thick skin of the bugs. We now had a way to defend ourselves. If only it had not already been too late.

Samples of My Photography

I’m a sweet but bratty little princess that knows how to be so cute I always get my way... until I don’t. I dye my hair and wear adorable little onesies, collect stuffies and glittery unicorn poop, and I color and watch cartoons. I love cuddling with daddy and listening to him read to me, and I love reading about all the crazy and exciting things that happen in the lives of my online friends.